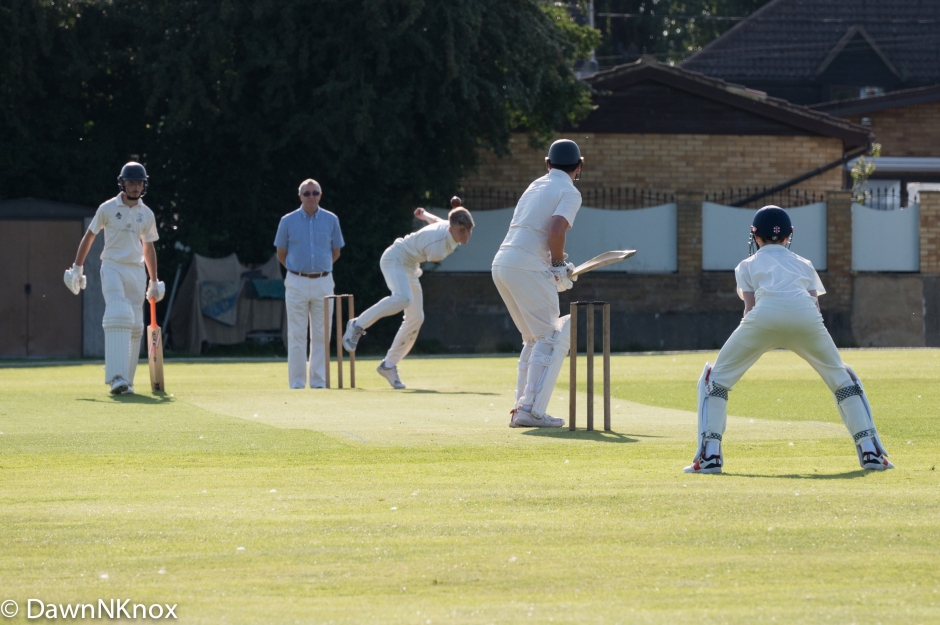 On Wednesday 11th August Under 15 teams from Wickford and Billericay Cricket Clubs played in the Richard Bartlett Memorial Cup. The clubs were able to play for the first time in two years and the games was enjoyed by players, parents and spectators who were relieved to be back in action after such a long break.

Basildon Borough Twinning Association is grateful to the authorities at Wickford Cricket Club for putting on the match with all the work involved in the arrangements and to the coaches at Billericay Cricket Club for supporting the event once more. This match is part of the Forget Never Project which is an integral part of the Twinning Association’s work. Some of the players appearing on Wednesday are looking forward to visiting Heiligenhaus sometime when travel is permitted, to do some elementary cricket coaching and play some demonstration matches. We look forward to reporting on their exploits.

On the day Billericay Cricket Club retained the trophy they won in 2019 after some spirited performances from the Wickford players.

Richard was born in Wickford. He was employed in the bakery in Wickford High Street.

The report of his death concluded that he had been part of a unit capturing a German trench near the village of Guendecourt. The men were cut off during the night never to be seen again. His body was never recovered. He is memorialised on The Thiepval Memorial to the missing of the Somme and the Wickford Town War Memorial.

In 2014, The Forget Never Project came into being and a commemorative cricket match was played between the current players of the Wickford Club and a team of local celebrities. Following its success, another game was played in 2016 in memory of Richard Bartlett and a number of his relatives were invited to attend. In 2018 to commemorate the end of the war, a further match was played and on this occasion a youth game was added and played between the young players of Wickford and Billericay Cricket Clubs.

Plans were agreed to hold bi-annual matches in the future – one year being a youth game and the following one between adults. 2019 was cancelled due to rain and 2020 due to the pandemic. The game on Wednesday 11th August 2021 will herald the re-launch of The Forget Never- Sacrifice and Legacy Project.